Darn. Got home late last night and no sign of the draft book – cross fingers for today!

1990 contains a virtual repeat of the first half of 1989. The band kick off in Washington State, then swoop down the west coast through California, dipping out into Mexico, briefly visiting Arizona, back into California, back home. A further jaunt abroad, just across to Canada, follows then, finally, April sees the band off on the road again.

April kicks off in Chicago, then is broken up by further shows in Canada, dropping across the order to Toronto and Montreal before returning to blanket the North-East U.S.: 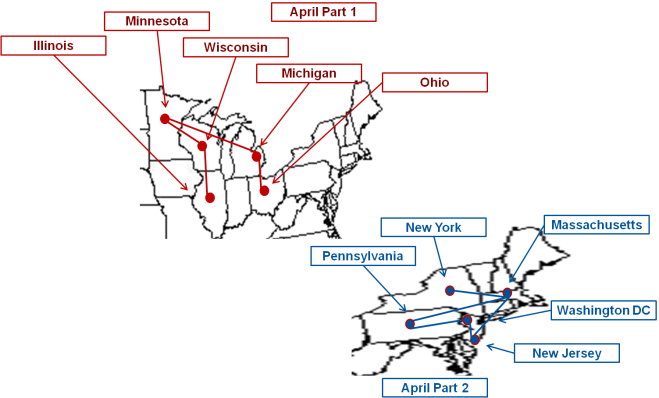 That second part is certainly confusing, the band returned to Massachusetts three times, Pennsylvania twice, hence the “cat’s cradle” style map work. This led directly into another run right back across the U.S., twelve shows and a mere fifteen days getting them all the way back to Idaho and then on to home (waving goodbye to drummer Chad Channing at the same time): 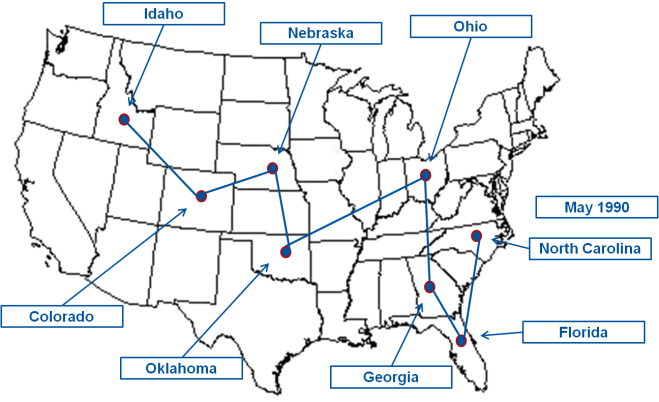 This was followed by a decent pause as the band regrouped, acquired temporary drummers, then returned to the road with a short jaunt down the West Coast: 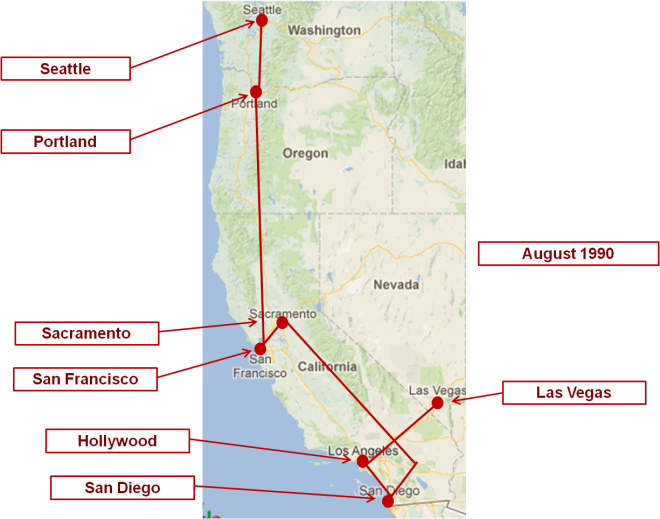 That tour, starting in Las Vegas, ended with a run from Seattle across to Vancouver. September-October was a quiet spell; Dan Peters only show, then two practice outings in Olympia for Dave Grohl before his full ‘blooding’ in the full European tour that saw out the year.