I can no longer recall if this obituary came from Saturday April 9, 1994 while I was still in the U.S. on a family holiday, or whether it was the following week upon return to the U.K. My memory tries to tell me that my dad somehow got hold of his regular copy of the British newspaper the Daily Telegraph while in Florida and I artlessly preserved then tore out the Kurt Cobain in memoria.

Either way this scrap of paper had accompanied me ever since, sandwiched in a May 1994 edition of Metal Hammer magazine which lost its cover a long while back (good Sonic Youth interview with Lee Ranaldo and Thurston Moore while Kim Gordon was at home awaiting the birth of Coco Hayley Gordon Moore on July 1.) I should preserve it better, it’s yellowing, faded. But still. It remains one of the few objects I hold genuinely dear.

This is the full text in case you’re interested: 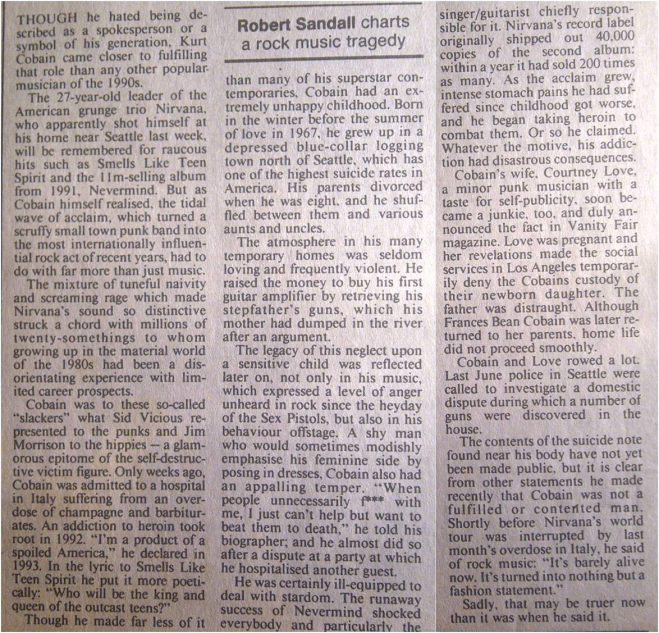