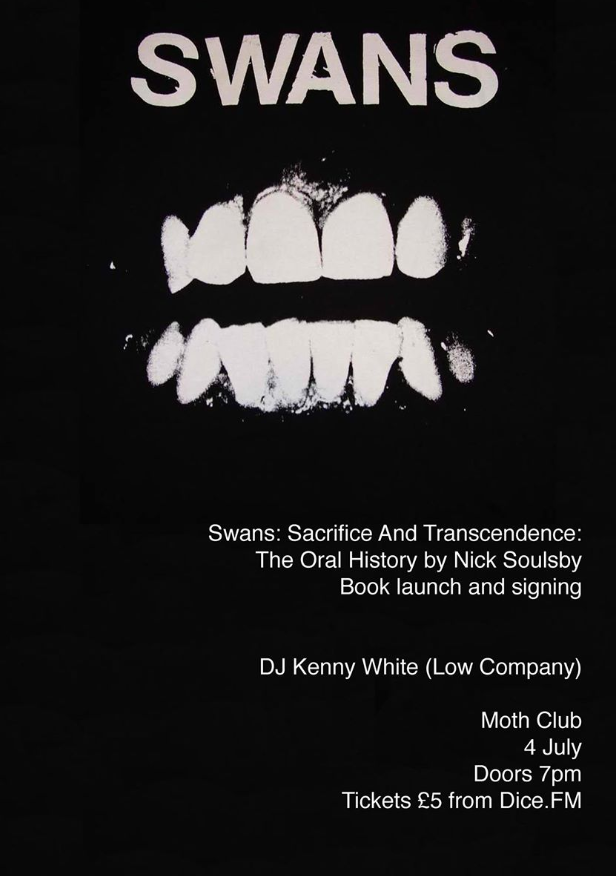 Then, courtesy of film-maker Marco Porsia, we’ve secured an exclusive preview of a section of his upcoming film about Swans due for release later this year. I’ve been keeping avidly tuned into Marco’s work this past year – saw an intriguing early edition of the film but very aware that he’s pouring energy into honing the final work this summer. If you didn’t catch the short work he released last year for Swans’ final shows in NYC check it out:

We’ll then move into a reading from SWANS: Sacrifice And Transcendence – The Oral History and a Q&A including some of the materials that I wound up not using in the final book.

Basically, did you have other plans for a Wednesday in early July? Is there a better way to celebrate Independence Day than communing with one of the most awesome musical entities to ever emerge from the U.S.? That fiver you were going to spend on coffee today, tuck it in your pocket and keep it – music, a film, a book, live experience all for a fiver.